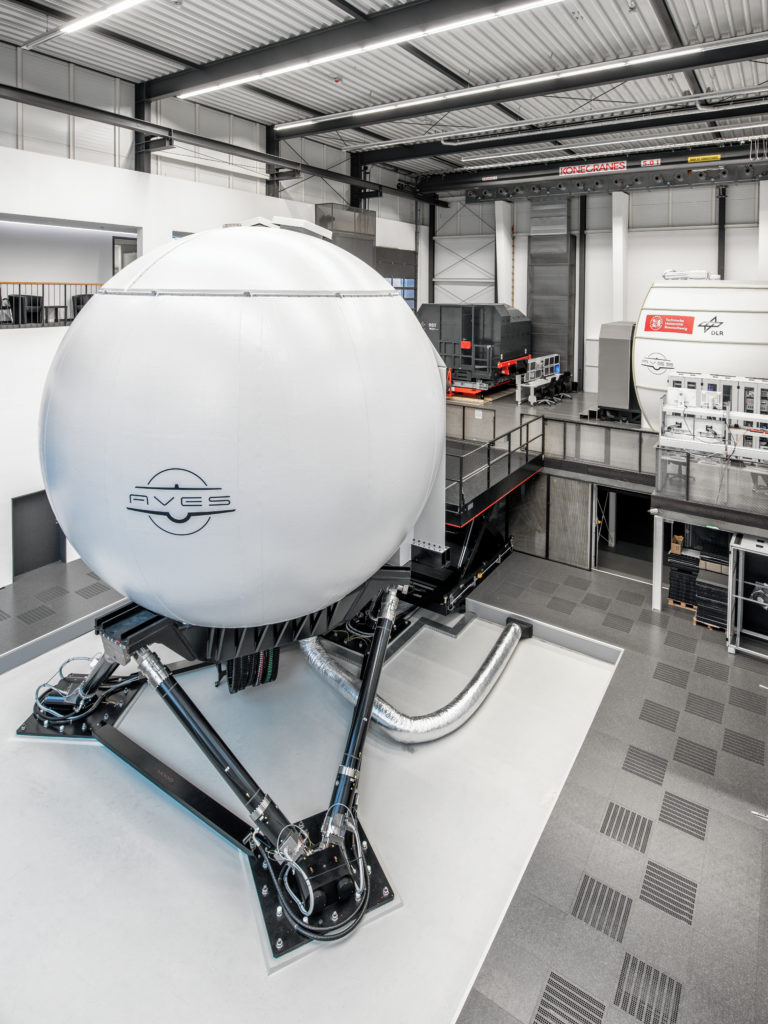 The expected benefits will be on:

The project results will increase safety, thanks to the possibility to demonstrate the flight conditions with the highest associated risk in a virtual environment, such as those concerning the evaluation of emergency conditions and procedures. Additionally, the overall reduction of flight hours will be beneficial for the overall safety of the personnel involved in the certification operations.

The project results will lead to a reduction of costs associated with flight testing. Flight tests are expensive, require a lot of personnel and are often dependent on prevailing environment conditions. Additionally, virtual testing eliminates the risk of damage, and the associated cost, to the test of aircraft.

The possibility to test numerous different configurations with only a slight increase in costs and time increases the number of configurations and scenarios that can be evaluated. Pilots are able to familiarise themselves with manoeuvres for investigation and to choose the best approach to achieve the goal of the test. A simulator test can be interrupted and repeated, all the while gathering detailed information about physical parameters that could not realistically be acquired with a normal instrumentation suite on a test aircraft.

The following impacts are expected:

The safety of certification flight testing can be improved by demonstrating compliance through flight simulation. The most demanding and hazardous flight tests can be performed in a virtual environment to minimise the exposure to potentially hazardous test conditions. In particular this includes tests close to the boundaries of the operational flight envelope (OFE) and cases where the effects of failures have to be demonstrated. The flight tests necessary to validate the flight simulator models shall, in contrast, be comparatively low-risk. 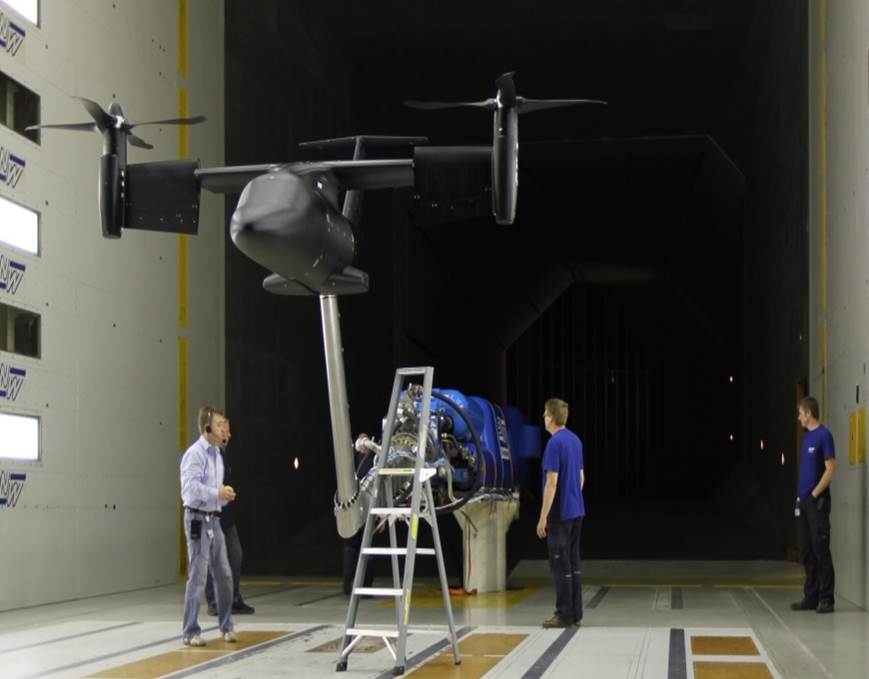 2. Promote a better industry and authority understanding of the rotorcraft characteristics by increasing flight test effectiveness in terms of data gathered and number of configurations evaluated

During flight simulation it is possible to collect a large amount of test data that cannot be easily measured during a test flight. Additionally, it is possible to perform a large number of repetitions to assess piloting variability without substantially increasing costs and with no additional risk. Similarly, a large number of different aircraft configurations (in terms of mass, position of the centre of gravity, environmental conditions, failure modes, etc.) can be tested with only a slight increase in the overall cost. The certification by simulation approach is expected to increase by a large amount the insight of the industry and the certification authority.

It is very difficult to gather direct quantitative evidence of the cost savings produced using flight test simulations. The prevention of potential accidents during flight test activities justifies the choice to use simulation. Two aspects must be considered. The proposed low-cost commercial off-the-shelf flight simulator configuration will be designed looking for the best trade-off between effectiveness and cost. It will be possible to realise a significant saving of the cost per hour of flight, considering of course the added cost of the engineers involved in the model development, validation and verification. Additionally, a significant cost saving will be realised considering the better value for money potential of simulated tests. Simulation can reduce the required flight testing for Ship-Helicopter Operational Limits qualification by up to 70%, generating a significant reduction in cost. These cost savings are also expected to be achievable for certification topics investigated in RoCS.

4. Reduce the time required to complete rotorcraft certification, and so the time-to-market of new products

New helicopter certification could be achieved in an average time close to 3 years from the first flight. Sometimes this time is however more than 5 years. The time spent to set up a single flight test can be very large, and it may involve the coordination of a large crew. Replacing flight tests with pilot-in-the-loop simulations offers a potential reduction in personnel involved of 99%. Of course, this reduces the time required to organise and conduct tests.
Specific environmental conditions may also dictate where flight tests must be held, leading to a considerable increase in time and effort spent to research and secure suitable test sites, ensuring conditions are suitable, and transporting all crew, aircraft, and equipment. It is clear to see how simulation offers a cost benefit in this respect. Additionally, initial simulation testing can, in some instances, be performed during the aircraft development phases, shortening considerably the time required for certification.
In case of aircraft with innovative configurations (like tiltrotors or eVTOL), the required amount of time for certification may increase significantly. This is caused by the necessity to establish appropriate means of compliance for new and somehow uncertain – due to lack of experience – vehicles. Simulation for certification could really represent a game-changer in this case.

The outcomes of RoCS are expected to form the first steps in the classification of simulation devices for CSFRA topics. Initial work conducted in RoCS will form the basis of this categorisation for certification simulators. This is both in terms of model and cueing fidelity. The ambition in RoCS is to perform evaluations using a small agreed set of CSFRA topics agreed during the project. The suitability of simulation devices and models will be determined, leading to a first classification of simulation fidelity. The initial proof of concept for these topics will then likely form the starting point for the generation of new standards for this area.

This website uses cookies to improve your experience while you navigate through the website. Out of these cookies, the cookies that are categorized as necessary are stored on your browser as they are essential for the working of basic functionalities of the website. We also use third-party cookies that help us analyze and understand how you use this website. These cookies will be stored in your browser only with your consent. You also have the option to opt-out of these cookies. But opting out of some of these cookies may have an effect on your browsing experience.
Necessary Always Enabled
Necessary cookies are absolutely essential for the website to function properly. This category only includes cookies that ensures basic functionalities and security features of the website. These cookies do not store any personal information.
Non-necessary
Any cookies that may not be particularly necessary for the website to function and is used specifically to collect user personal data via analytics, ads, other embedded contents are termed as non-necessary cookies. It is mandatory to procure user consent prior to running these cookies on your website.
SAVE & ACCEPT
Subscribe to Newsletter
𝗪𝗼𝗿𝗸𝘀𝗵𝗼𝗽 𝗼𝗻 𝗲𝘅𝗽𝗹𝗼𝗶𝘁𝗮𝘁𝗶𝗼𝗻 𝗼𝗳 𝘀𝗶𝗺𝘂𝗹𝗮𝘁𝗶𝗼𝗻 𝗳𝗼𝗿 𝗿𝗼𝘁𝗼𝗿𝗰𝗿𝗮𝗳𝘁 𝘁𝗿𝗮𝗶𝗻𝗶𝗻𝗴, 𝗱𝗲𝘀𝗶𝗴𝗻 𝗮𝗻𝗱 𝗰𝗲𝗿𝘁𝗶𝗳𝗶𝗰𝗮𝘁𝗶𝗼𝗻

The workshop will bring together several experts who are working on different aspects of simulation to discuss the state of the art of simulation models and systems together with the methodologies used in the various fields to verify and quantitatively validate the results of the simulations and therefore their credibility.